The next phase of Glasgow’s City Centre Strategy was formally launched on Monday 29 August by Cllr Frank McAveety, Leader of Glasgow City Council.

The (Y)our City Centre project will develop plans and ideas for Blythswood, Broomielaw, Central and St Enoch by understanding what works well and what should change to make these city centre districts even better. A team, led by internationally renowned architects MVRDV working with local consultants including Glasgow-based designers Austin-Smith:Lord, will engage with those who live in, work in, study in and visit these areas to come up with proposals to make Glasgow city centre an even more attractive place.

Watch a video of the Launch event with key speakers including the Leader of the Council and Winy Mass, Co-founder of MVRDV.

The (Y)our City Centre team are keen to hear your views. Sign up for regular updates below and share (Y)our Ideas to improve Glasgow city centre via the website, social media and at forthcoming events. 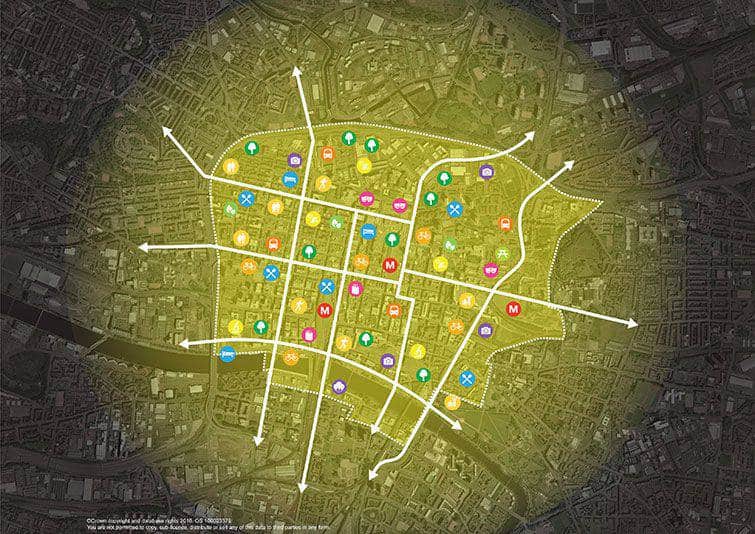 Glasgow City Council have appointed a team led by MVRDV and Austin-Smith:Lord, supported by Space Syntax and a multidisciplinary team, to embark on the design of District Regeneration Frameworks for four districts of Glasgow City Centre. These Regeneration Frameworks will look to create a clear urban structure to realise Glasgow’s economic, cultural and social potential.

The project will focus on the areas comprising Broomielaw, Blythswood, St Enoch and Central as part of the city’s ambitious City Centre Strategy.

Winy Maas of MVRDV said, “We have an incredibly exciting opportunity to further elaborate Glasgow centre’s potential on every scale. For the residents it is to make the city a vibrant and exciting place to live in at this moment. But we have to look ahead as well and create the plan for a city that can adapt and change in response to whatever the future throws at it; whilst at the same time capturing and developing the identity of the city and its people and further stimulating programmatic and economic development.”

Graham Ross, Partner at Austin-Smith:Lord said, “our team is thrilled to have been appointed for this very significant project. The vitality of Glasgow city centre is of strategic national importance. There are opportunities to make small scale interventions to enhance the city for all. There are also areas that require significant transformation to address longstanding issues. We look forward to collaborating with Glaswegians, the Council and stakeholders to shape an exciting future for these Districts”